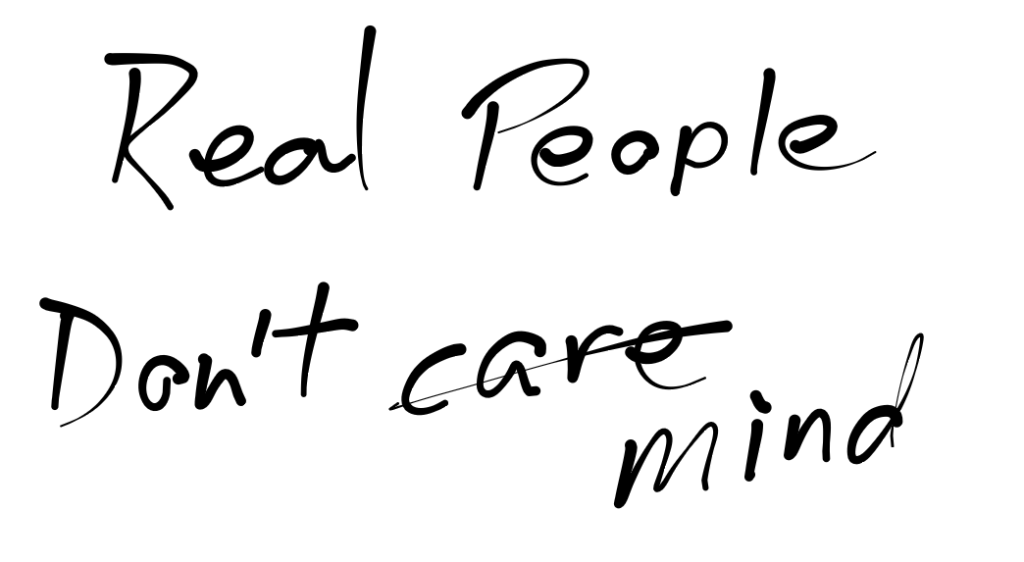 Are you consumed by what people think about you?  Are you going overboard, spending a fortune, to make yourself look like something that you’re not?  If the answer is yes, THEN STOP IT.

When it comes right down to it, most people don’t care about what you do, or what you own.  Some people are impressed by what car you drive, or the size of your home or the watch that you wear.  Are those the people that really matter to you, probably not.  Those that don’t care about your possessions, are probably those that you should embrace as friends.  Those that judge you by who you are, and not by what you own are the people that you want in your life.

Story time:  I worked with a guy that needs to look good.  He makes and average income, but he spends excessive amounts money to look like something that he is not.  He has connections, and he goes to parties with the millionaires.  He has the look and he has a sexy foreign accent, so he plays the role.  At the beginning of the summer, in the American southwest, the air conditioner in his fourteen year old BMW went out and he couldn’t afford to fix it.  The temperature didn’t drop below 100 degrees all summer, with a whole month over 110 degrees and some days at 115.  He went to work sweaty, but heck, he drove a BMW so it was worth it, right?  He drives a BMW because he wants to be seen as an affluent BMW owner.  At the end of the summer his water pump went out and the repairs were beyond his budget.  He needed a new car and an obvious choice at his income would be an economy car.  Did he look at a reliable economy car, noooooo, he looked for older, piece of crap BMW’s and Alfa Romeo’s that was within his budget.  Of course if that car needed repair, he couldn’t afford it.

So what do you think he should have done?  Would you be impressed by his car?  If you became his friend, or started dating him, you would quickly realize his financial state.  You would probably think that he could have made some better choices.  Personally, I would think more of him if he bought a reliable car that was priced within his budget.

When it comes right down to it, the people that matter don’t mind your things.  Those people that worry themselves about your well being over your possessions should mean more to you.

When people became aware that I was becoming a minimalist, I quickly saw a differentiated reaction.  I really looked down on those that were critical of my decision.  There was a point when I recognized those who were my real friends.  Those that were supportive quickly revealed themselves.  Keep in mind that you, like me, have some very sarcastic friends, and they will give you a hard time while at the same time supporting you.  Be mindful of the difference between sarcasm and criticism.

So who are you?  Do you want to impress me?  If you do, then make smart choices.  I won’t fault you for making bad choices, because that is how we learn.  But don’t think for a minute that I am impressed by the things that you own.

If this blog hits home, then please comment.  People really do read this and they could use support and encouragement.  There are many people out there like you and me, and every word of encouragement helps.

In 2013 I got laid off. I worked for this global corporation for six years. I was a member of what … END_OF_DOCUMENT_TOKEN_TO_BE_REPLACED

I hear it all of the time.  People want to minimize, but they keep telling me "I just can't get rid … END_OF_DOCUMENT_TOKEN_TO_BE_REPLACED

Do you really need to put your stuff into storage?  Are you better off getting rid of it. Many of … END_OF_DOCUMENT_TOKEN_TO_BE_REPLACED