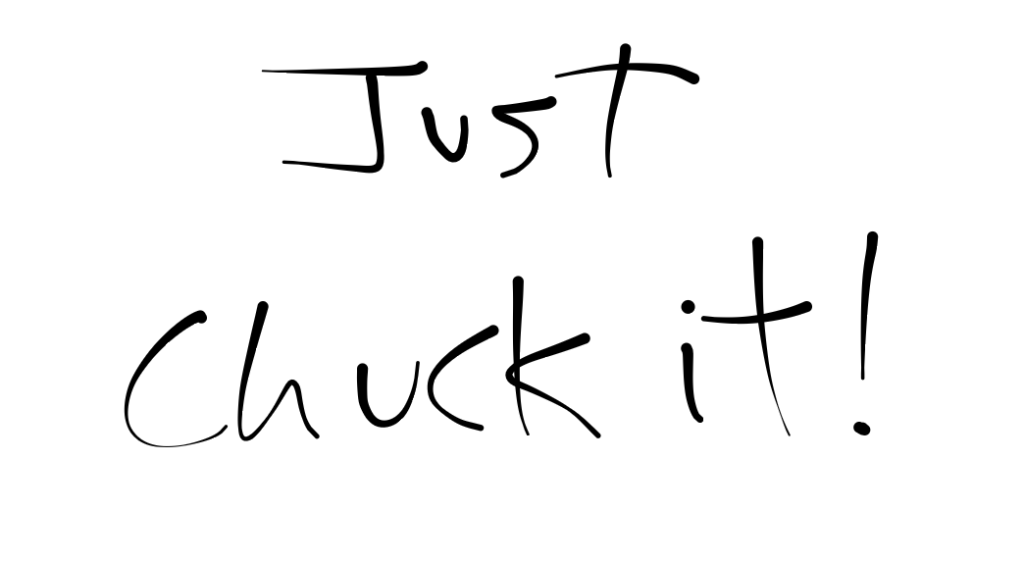 I don’t just write a blog, I read blogs from other minimalists.  Sometimes I learn, and then sometimes I just shake my head.

I watched a minimalist’s vlog the other day.  She was talking about going through her home and clearing out things that she doesn’t use.  I think she’s in a home with her spouse and at least one kid, so she wasn’t clearing out just her stuff.  When she panned over to show her viewing her tools for clearing out her stuff, she showed containers.  Right there I started to shake my head.

First of all, when you clear out stuff, get rid of it, don’t store it.  Secondly, she went out and bought a whole bunch of plastic storage bins.  My goodness, don’t do it, just don’t do it.  Don’t go buy stuff in order to get rid of other stuff.  I would have understood if her vlog was about organization, because organizing is all that she was doing.  She eventually mentioned that if she didn’t use the stuff after a while that she would get rid of it.  Even if she did get rid of some of that stuff she would still be left with a whole bunch of storage containers.

I can’t say this enough, if you’re not using it, and it adds no value to your life, then get rid of it.  Be careful of getting rid of seasonal items.  Even if you aren’t using a seasonal item now, you may need them next season.

Ok, I gotta be fair.  I’m sure that her method might work for some, and it might work for her.  She at least made an effort to gather things from several rooms and put them in a state of stasis.  Her method of doing it probably could have been executed better, like utilizing existing boxes and bags, but her intent was forward thinking.  She also did some kid friendly things like take half of the items in each toy category and store them.  As her child gets bored with her toys, she would rotate some toys in and out.

Ok, back on my point.  Now that she has all of these storage containers full of stuff, will she put them?  Is she going to fill her closet?  Is she going to stack them in the living room?  If she just got rid of the stuff she wouldn’t need to store her storage containers.  Note to yourself: if it’s not in the electronics department, and it has the word “storage” in it, don’t buy it.

Are you hosting this year's Thanksgiving feast?  I'm so sorry for you if you are.  While a … END_OF_DOCUMENT_TOKEN_TO_BE_REPLACED

Let's talk coffee.  I could debate good coffee vs. bad, or Starbucks vs. your local … END_OF_DOCUMENT_TOKEN_TO_BE_REPLACED