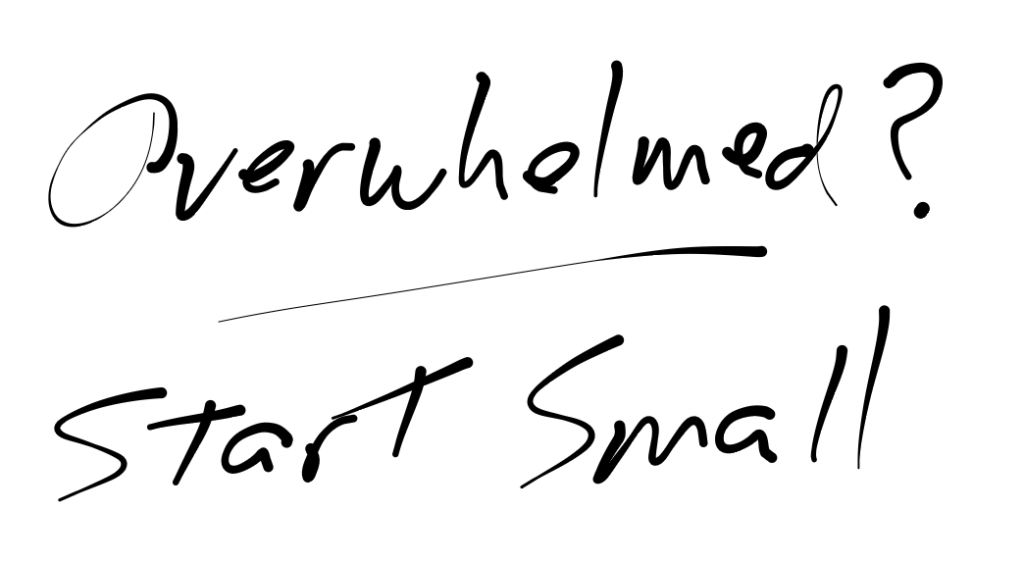 Are you overwhelmed?  Is there so much going on in your life that you just can’t deal with it right now?  Trust me, you’re not alone.  And it really does not take a lot to get overwhelmed.

More often than not, stuff in our life overwhelms us.  Think about it!  You go get the mail, you look through it, and then you set it on the counter with intents on dealing with it later.  Shazam!  You were just overwhelmed.  If you actually dealt with the mail shortly after setting it on the counter, then you are one of the few.  Most just let that mail pile up until it is even more unmanageable.  For many, this is life.  They don’t deal with it right away, so it piles up.  Trust me, I was that way, and for the most part I am still that way.

So how do I deal with it?  Well, I reduce as much in my life as possible, so when something comes up I can deal with it without the burden of having to simultaneously deal with an onslaught of other things.  Wow, that was a long sentence and Mr. Paolo (my high school English teacher) would have marked it with a whole bunch of red.

The cure is to minimize.  If minimizing overwhelms you, then start small.  Do one small thing, and then attend to another small thing.  After a while you have accomplished something.  Then keep going by doing another small thing.  Read my article 10 Steps to Embrace Your Inner Minimal.  Use this as a guide to do one small step after another.  Believe me, it gets easier once you start.

Yet another celebrity is in financial trouble.  You've seen the headlines telling us about that … END_OF_DOCUMENT_TOKEN_TO_BE_REPLACED

Let's talk coffee.  I could debate good coffee vs. bad, or Starbucks vs. your local … END_OF_DOCUMENT_TOKEN_TO_BE_REPLACED

I continue writing this series of blogs partially for me and partially for you, the reader. As I … END_OF_DOCUMENT_TOKEN_TO_BE_REPLACED