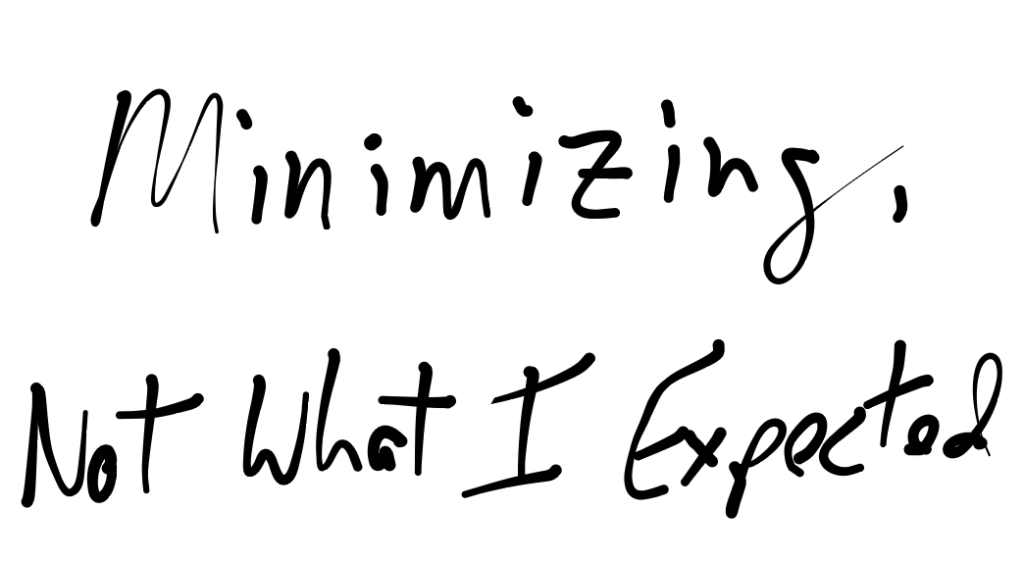 A friend is purging her belongings in order to move to smaller place. She lives in a three bedroom house by herself, and the house is full. Every single bedroom is furnished, and every closet is full, or at least it was. I have followed along with her minimizing progress, which has been great. I have written about her in previous blogs (here’s one), so I guess it’s time to give you an update.

So last night I sent her a text and asked her:

“What part of your purge stands out the most when it comes to the reality of actually moving to a smaller place?”
I expected an answer somewhere along the lines of her purging too much, or her having difficulties getting rid of other things.

I expected this type of answer since this is how our conversations have been driven over the past couple of months when we talk about her purge. She knew long ago that she wanted to move to a less cumbersome home, but she had just too much stuff to fit into a smaller home.

When I got her reply, I was shocked by her response. Her reply read:

“The biggest obstacle is being in a lease which interferes with my ability to move quickly when something I find suitable comes available.”

At first I was a little disappointed with her response, albeit selfish. I was really hoping a good retort that I could blog about. I felt that her reply lacked bloggable material, and then it hit me. At that point I realized that her stuff, her mass amounts of stuff, was no longer the main issue that kept her from moving to a new, less cumbersome home. Her lack in ability to move from her home to another home was no longer hindered by that fact that her stuff was weighing her down. Her biggest issue now is nothing more than her lease. Wow!

Unless you have been in this situation, you might have a hard time relating. Having too much stuff is a huge burden on our lives. Having too much stuff is a huge weight that makes us immobile. We don’t own our stuff, instead our stuff owns us. The fact that my friend is no longer owned by her stuff is huge. Being a minimalist is not about owning less, or about deprivation. Minimalism is about not being overwhelmed by what we own.

Are you hosting this year's Thanksgiving feast?  I'm so sorry for you if you are.  While a … END_OF_DOCUMENT_TOKEN_TO_BE_REPLACED

Keeping up with the Jones' is probably the most prevalent reason why people overspend.  We see our … END_OF_DOCUMENT_TOKEN_TO_BE_REPLACED