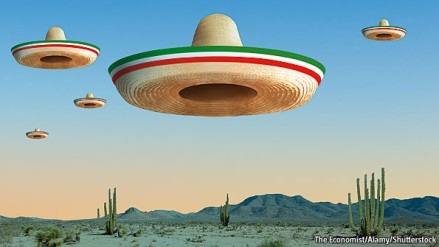 I sit at the bar today sipping on my beer and performing tedious technical tasks for my blog on my laptop. I am seated at the bar, amazingly three seat from the guy to my left, three seats from the gut to my right, and three seats between everybody, in either direction at the bar. I listen to the guy to my left. I don’t really hear what he’s saying, but I hear his voice. It truly is a golden voice, rich and deep and eloquent. I am memorized by his tone. When sitting at a bar there is an etiquette. We respect the privacy of the conversations around us, and we interject only at the opportune time. After all we are at the bar for conversation and no conversation is truly private.

At the right moment I was able to interject into the conversation with this golden toned individual. I don’t recall why I interjected, but it started the conversation. He introduces himself as ChuckJ, really just Chuck, but for the sake of the golden voice it is ChuckJ. I’ll get into the ChuckJ later, but for now he’s just Chuck.

Come to find out, Chuck and I have LOT in common. We both moved to this area within a week of each other, we both lived in the same metropolis, and we both got rid of everything that we owned and moved on.

From my blog you already know that my minimalism was influenced by my sudden unemployment. On the other end of the spectrum there is ChuckJ. Chuck had a great job, a great relationship, and a great life in a fantastic city. Not to go into detail, But ChuckJ was a renowned San Francisco Sports radio announcer. You couldn’t be at a SF Giants, or SF 49ers game without hearing his golden voice at the stadium.

So you gotta ask, why did Chuck do it? I did it when I was 50ish, Chuck did it when he was (well, let’s call it more than 50ish). Is this retirement? Well, not in the traditional sense. Is minimalism what we really seek in life? Should retirees think more about minimalism as they retire?

Does minimalism mean retirement? Does retirement mean minimalism? Are they related at all?

If you struggled with this issue or can inspire others on this subject I would like to hear your story.  Please comment below.

I have gathered a list of steps that I used to become minimal.  I did not know these steps in order … END_OF_DOCUMENT_TOKEN_TO_BE_REPLACED

Hey everybody.  First and foremost I apologize for my absence. For those that have been keeping … END_OF_DOCUMENT_TOKEN_TO_BE_REPLACED